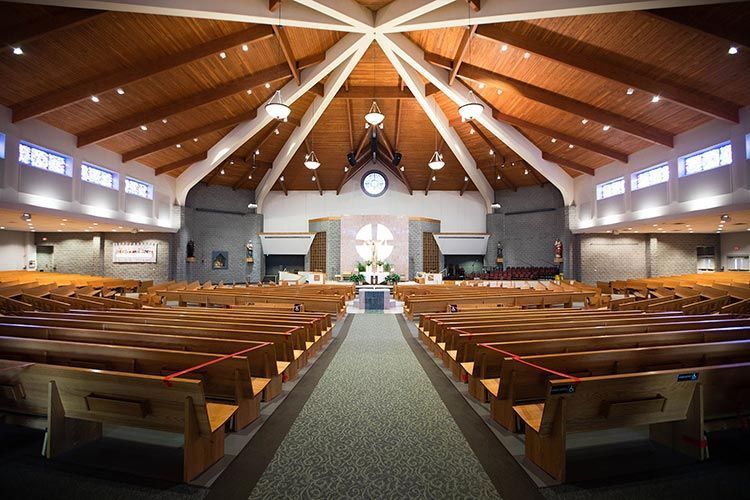 SES Integration installs Kiva II system in largest Catholic church in the US.

If the term “megachurch” is solely reserved to describe the world’s largest Protestant houses of worship, then St. Matthew Catholic Church of Charlotte is by all rights a “megaparish.”

With more than 40,000 parishioners from over 11,000 households currently registered as members, St. Matthew offers 100-plus active ministries and is distinguished as the Catholic church with the largest congregation in the United States.

In 1996, to accommodate its large and growing membership, the church dedicated a 2,200-seat, fan-shaped worship space that presently hosts at least eight services each week

Although St. Matthew updated its sanctuary sound system in 2012 with a newer loudspeaker setup based on an exploded cluster design, in recent years, that system suffered from clarity and reliability issues, and ultimately succumbed to a lightning strike late last year. 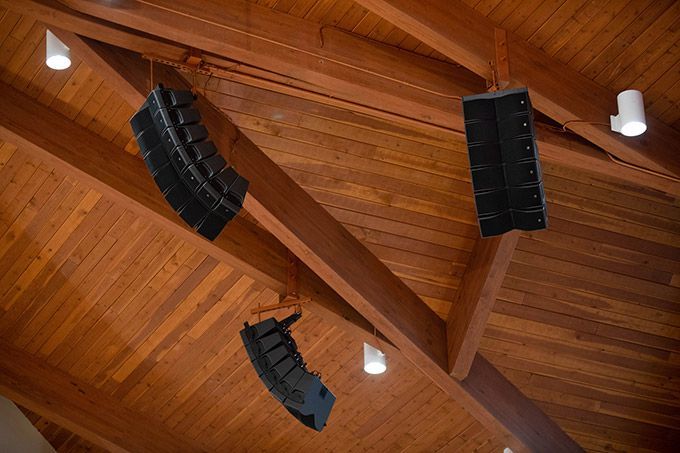 Thankfully, the church’s production team had already been in talks with SES Integration of nearby Concord to design a retrofit PA system that would provide improved intelligibility, coverage and dependability. As the integration division of Winston-Salem-based touring sound provider Special Event Services, which reinforces road treks for top artists like Luke Combs with its flagship L-Acoustics K1/K2 arrays, SES Integration quickly zeroed in on the manufacturer’s compact Kiva II enclosure as the right choice for the Ballantyne neighborhood Roman Catholic church.

“Size, weight and performance were the big ‘wins’ for Kiva II,” says SES Integration Director Trey Blair, who notes that houses of worship make up 85 percent of the longtime L-Acoustics Certified Provider’s business

“Since we would be hanging arrays from the church’s wooden roof structure, we required a lightweight solution that gave us excellent vertical pattern control, and the Kiva II was the clear solution for this. Plus, we had previously done multiple projects with the system and were extremely familiar with its performance, so we knew from our experience that it would work well in this space.” 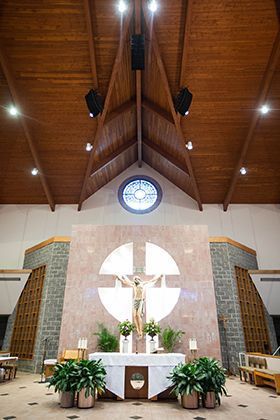 Using Soundvision, Blair and his team created a new system design that ultimately featured a mono configuration of three Kiva II arrays—a central hang of seven enclosures flanked by twin arrays of six Kiva II. Solid low-end reinforcement for the sanctuary’s wide seating area is achieved by two ground-based KS28 subs, concealed behind white scrims to the left and right of the stage.

Frontfill is provided by two compact 5XT coaxials mounted into the faces of pulpits on either side of the stage, while a total of four more Kiva II with white finishes are flown over the acoustically shadowed rear left and right seating areas for delay. A single LA12X and three LA4X amplified controllers collectively power and process the entire system, which is now mixed on a new Allen & Heath dLive S5000 mixing console.

Another one of the benefits of the Kiva II system was that it was able to be swiftly integrated. “With no downtime possible on the weekends, we had to wrap the entire project up in five days,” recalls SES Integration Regional Manager Anthony Frampton.

“Our goal was to have everything done before their Christmas Mass, so we integrated everything during the first week of December, and they had their first service with it that Sunday. And what a difference it made! There is now consistent coverage throughout the entire sanctuary and highly intelligible speech delivered to each seat.” 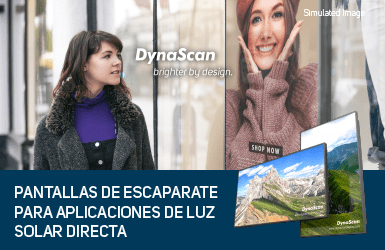 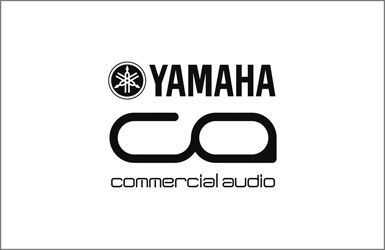