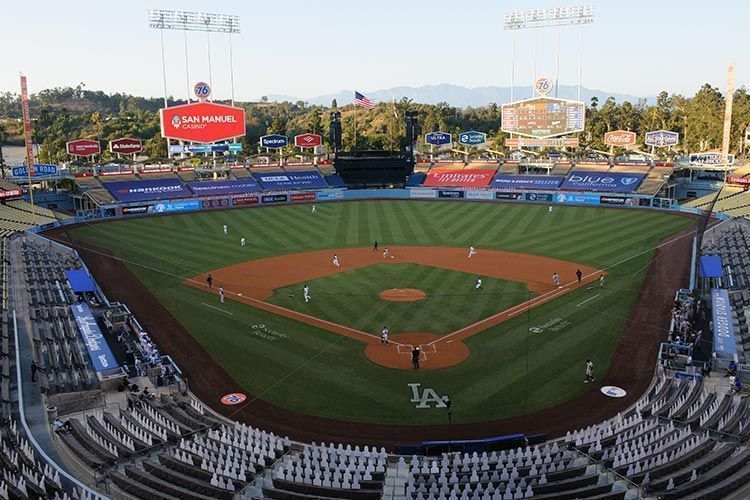 Recently wrapping up a multi-faceted renovation, its most significant project since 2013, Dodger Stadium has now become one of the best-sounding sports venues in the country thanks to the new L-Acoustics K2 line source array sound system installed this summer covering the stadium seating, and L-Acoustics A15i and X8 speakers covering the new Centerfield Plaza and existing Outfield Pavilion areas.

Constructed in 1962, Dodger Stadium harkens back to an era when ballparks were designed and built solely to host baseball games. As many of these original venues have been replaced with new-build stadiums that are intended from the drawing board to be multi-use spaces for concerts, special events and other mass gatherings, Dodger Stadium remains one of the few ballparks to retain its original architecture and feel. With the addition of an L-Acoustics K2 system, Dodger Stadium keeps its original look, while updating its feel with a modern, powerful sound system capable of handling any event. The installation marks the first MLB project for L-Acoustics and one of the most important installations of the manufacturer’s systems in the global sports market. 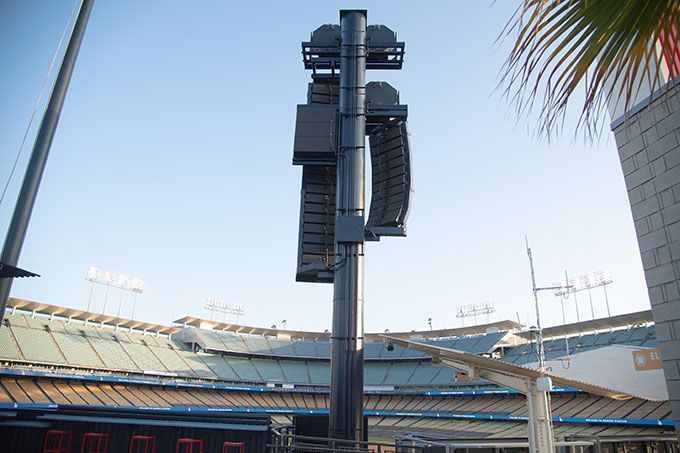 “Our goal was to have a state-of-the-art sound system at the stadium,” says Derek O’Hara, Director, Planning & Development for the Los Angeles Dodgers. “Dodger Stadium is designed the way ballparks were at the time it was built, with point-source sound systems that need to throw long distances. We wanted to modernize the stadium’s sound, allowing it to host many different types of events besides baseball, while keeping the park’s architecture as traditional as it has always been.” The K2 makes the long throw—over 600 feet from arrays to top deck seating—with ease, as well as with total phase coherence, intelligibility and impact.

O’Hara, who has a background in architecture and, at one time, was a scout for the team, worked with the L-Acoustics support team and the collective experience of system designer Idibri and integrator Pro Media Audio & Video to keep as much of the sound within the stadium—including the powerful low end coming from the ballpark’s new SB28 subwoofers.

“The subwoofers are arranged in an endfire configuration, which provides some critical directionality to the low end, keeping it from escaping the stadium walls and keeping the impact on the seating,” O’Hara explains. “The K2 is a great sound system, and its horizontal directivity makes it a strong ally for sound control issues. But so much of what it can do is also because of the expertise that L-Acoustics, Idibri, and Pro Media brought to the project.” 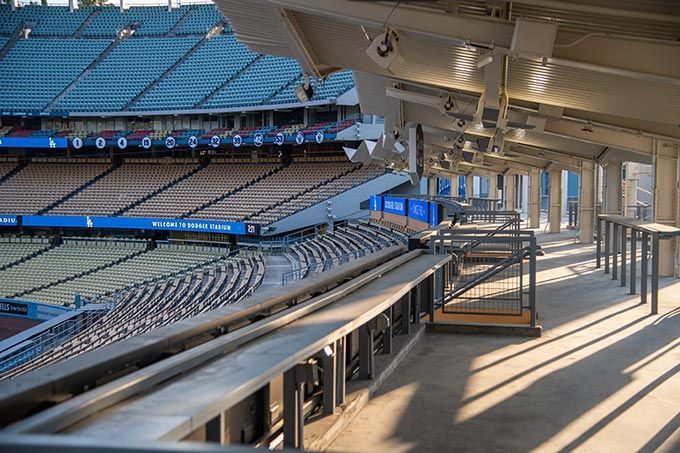 Ryan Knox, Senior Consultant for Idibri on the Dodger Stadium project, says new stadium architectural configurations modified the spectator seating and standing areas in the outfield section, posing a coverage challenge. That was resolved using L-Acoustics Soundvision modeling software, which helped finalize the placement of the speaker-support towers. “That was a two-to-three month process itself, and Soundvision is a great tool for that,” he says. “It models quickly and accurately, and it has an excellent workflow.”

Putting systems of this scale into the Los Angeles area comes with its own unique requirements. “In addition to keeping the sound system installation’s look consistent with the architecture of this iconic stadium, we also had to meet Southern California’s seismic requirements,” says Demetrius Palavos, Project Executive for the integrator, Pro Media Audio & Video.

Although Dodgers fans will have to wait a bit more to experience the upgraded stadium and the premium sound in person due to the ongoing pandemic, players and announcers are already enjoying their new sound system on the field during the adapted MLB season that started on July 23 at Dodger Stadium. In the meantime, fans watching the telecasts at home are still able to enjoy stadium sounds through virtual crowd configurations leveraging the L-Acoustics system. 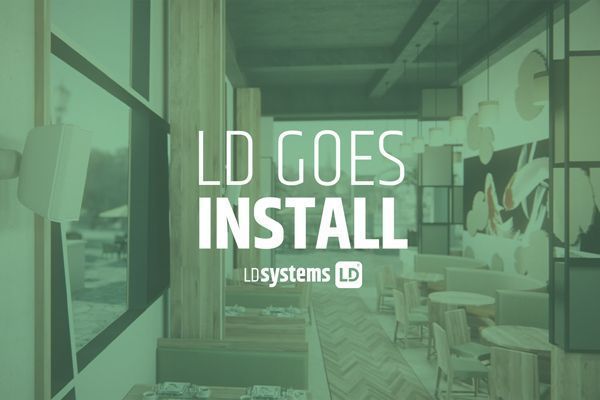