The Institute of Physics for the UK and Ireland (IOP) has an impressive new London HQ, built from the ground-up with a modern architectural statement that has AV designed-in from the start. The site is an old plumbing supplies shop in the developing creative industries area near Kings Cross, London.

Leaving just the original brick façade, it has been transformed into something completely new. The polished concrete structure of this £13.5 million project brings focus to the large screens and interactive experiences that will greet more than 200,000 IOP visitors every year. It is a space that radiates cutting-edge science, and one that required visual and audio technologies to be as much a part of its essence as the concrete itself.

Recursive AV, the AV consultant on the project, had the unique opportunity to liaise with and influence the architects more than two years before completion, allowing them to achieve the best visitor experience possible.

We wanted to be sure that the sonic quality and the visual impact would be absolutely correct, and that the system could cope with a challenging space. We needed to deliver fantastic intelligibility and a consistent sonic signature in several configurations - David Yates

David Yates, the Managing Director at Recursive, went about choosing premium technologies to complement the institute’s ambitious aims, including specifying L-Acoustics Syva and Kiva as the ideal audio solutions. "We really felt that the IOP deserved a high-end audio approach," he explains.

"They have people coming from all over the world: academics, policymakers, broadcasters, and so on. We wanted to be sure that the sonic quality and the visual impact would be absolutely correct, and that the system could cope with a challenging space. We needed to deliver fantastic intelligibility and a consistent sonic signature in several configurations."

Good planning and predictable results were key for this project, as the building design did not allow room for mistakes. The building’s interior makes a feature of clean, polished concrete, so would not tolerate having any cables or cable conduits on display.

Cable routes had to be precast in the concrete and additional holes were out of the question as the water used in drilling would have stained it. This meant that acoustic modelling was key to the planning stage, so speaker positions could be worked out before construction.

Cable routes had to be precast in the concrete and additional holes were out of the question, which meant that acoustic modelling was key to the planning stage.

Recursive used L-Acoustics Soundvision 3D modelling software to design the system and predict the outcomes. "With Soundvision, what you model, is what you get," notes Yates. “It's fantastic at predicting the real-life response, which is not necessarily true with other products. We trust the process."

A special feature of the IOP building is a large, flexible auditorium that can be divided into two sections with a movable wall, and another front wall that can be removed, opening into a large, triple-height gallery area beyond. The centrepiece of the gallery is a custom-made 11-metre-wide screen that uses three edge-blended projectors for its expansive image.

On Recursive’s advice, the project architects actually increased ceiling heights in that area and turned the whole space through 90 degrees. A big priority for Yates was ensuring that the flexibility of this space would be served by a consistent audio signature.

Recursive selected L-Acoustics Syva for left and right speakers around the main gallery screen, along with four 108P and an SB15P sub that can be deployed in flexible ways around the gallery, dependent on need. Two Kiva II are hung in the auditorium, left and right, with two more SB15m subs.

"We needed the systems to work as one when the space was opened out, and we also needed the components to work aesthetically." states Yates. "Syva was designed with art galleries in mind and really works for this environment. Also, the gallery suffers from a high reverb time, and Syva deals with that very well. In fact, when you come into the building on the ground floor you walk over to a balcony and look down into that space. Syva covers that, too."

We needed the systems to work as one when the space was opened out, and we also needed the components to work aesthetically - David Yates

Yates adds: "For the auditorium we needed a wide stereo image and something that would punch, while keeping the sound consistent when it's opened up. It's also got a low ceiling. Kiva II is a compact box and works really well in that area."

Yates acknowledges that the IOP facility has been a challenging system to design but notes that the flexibility of the L-Acoustics range and the accuracy of Soundvision's predictions played a big part in getting it right the first time.

"We've had a long history of working with L-Acoustics. It's a brand we know and trust. As well as the tools they provide, the support they give on the ground is excellent. They're always there for us and we know that we are collaborating on projects as a partnership.", Yates points out.

The professional concluded: "This is not a typical L-Acoustics system; we haven't followed the rule book rigidly. However, the systems are so well matched across all the ranges that we were confident it would work - and it did." 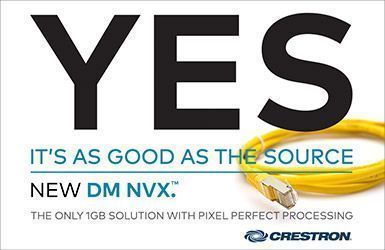