Yamaha Brings The Spirit Of Christmas Present To Italy 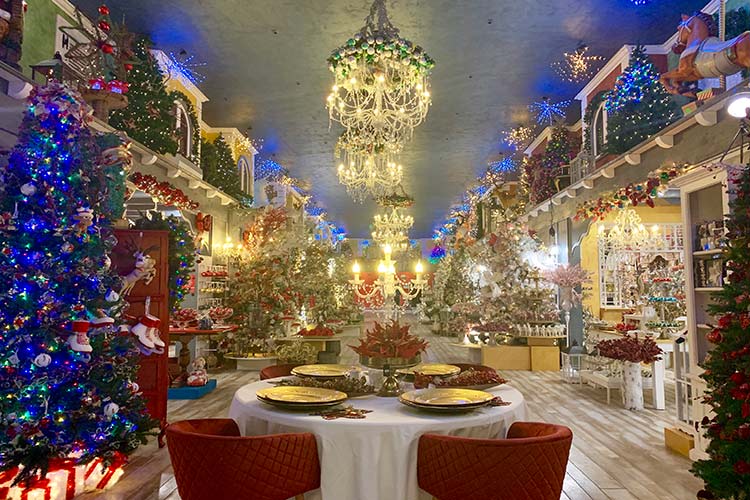 Although Lapland is a long journey from central Italy, Italian families can visit Santa Claus much closer to home. Il Regno di Babbo Natale (the Kingdom of Santa Claus) is located in Vetralla, just 50km from Rome, and this year a new Yamaha audio system is ensuring that visitors enjoy the best festive atmosphere.

Il Regno di Babbo Natale features over 3500m2 dedicated to the magic of Christmas. It includes a Christmas market, a Victorian village with central covered ice rink and stalls, an auditorium with festive entertainment and, of course, you can meet Santa Claus. With decorations and presents to buy from throughout Europe, it promises a very special experience. 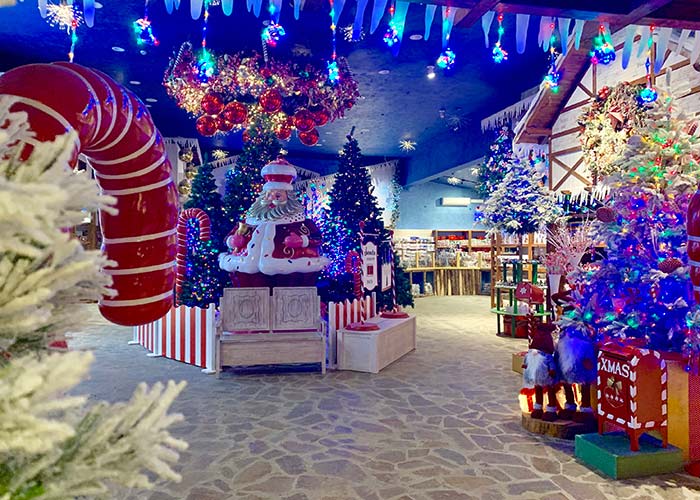 This year Yamaha has been trusted to make the atmosphere even more special, thanks to the quality and stability of the company’s pro audio products.

“The customer wanted an audio system which delivered great sound quality throughout every space, with 100v line background music for the commercial spaces, background music (BGM) at higher SPLs for the indoor ice rink and delivering live entertainment at the auditorium,” says Stefano Brigliadori of Rome-based Musicis - Formello, the contractor who oversaw the system installation.

“It also had to be able to integrate a number of existing speakers, be completely reliable and easy to operate by Mr Aquilani and his staff.”

Powered by an XMV8140 multi-channel amplifier, 14 VXS5 surface-mount speakers are installed in the Christmas market. 14 more VX5s are installed at the Victorian village stalls, which act as fills for four CZR10 two-way passive loudspeakers and two CXS18XLF subwoofers (all with SPCVR series protective speaker covers) covering the ice rink. 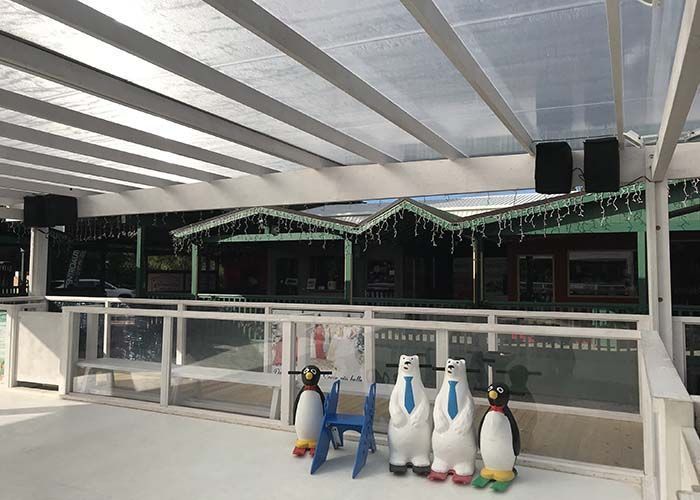 The CZR/CXS speakers are driven by two PX10 amplifiers, the CXS18XLF are processed using the amplifiers’ XTD preset, which takes the subwoofers down to a remarkable 29Hz.

The system is managed by an MRX7-D matrix processor with DCH8 digital controller hub. An EXi8 input expander and two Tio1608-D Dante I/O racks (one in the Victorian village, one at the auditorium) house the inputs and outputs.

Meanwhile, two STAGEPAS 1K all-in-one portable PA systems are installed at the auditorium to deliver great sound for bigger performances. Audio is sourced from two outputs from the Tio1608-D installed in the auditorium, meaning they are volume and content controlled by the MRX7-D - an innovative way of incorporating these non-networked units into the system.

The system was programmed by Yamaha’s Wouter ‘Tony’ Verkuijl to be as automated as possible. For example, when the venue’s entertainers do a show at the Victorian village or auditorium, they plug a MG06X portable mixer into a specific input on the Tio1608-D. The MRX7-D then automatically fades out the BGM and amplifies the MG06X in that area. After the show, the animators disconnect the MG06X and the MRX fades the BGM back in. If they don’t want to dim the BGM, they can plug into a different Tio1608-D input.

Three DCP4V4S wall mounted panels control the system, two programmed with a specific volume control for the entertainers, making it very simple for them to use. The third DCP4V4S is programmed with two presets for the main system.

The ON preset opens all channels and provides BGM in all areas at moderate volume and allowing staff to increase the volume as Il Regno di Babbo Natale becomes busier.

The OFF preset mutes BGM in most areas, but keeps the CZR/CXS system in the Victorian village active, because it stays open later each day than the other areas. The XMV8140 amplifier is put into standby mode by the MRX7-D to reduce energy use.

As Giorgio Aquilani is a very ‘hands-on’ owner, Tony programmed Yamaha’s Wireless DCP Android/iOS app so he can walk around the site and adjust the volume of each zone, depending on the level of noise being generated by customers. The system also includes a Windows PC with Yamaha’s MTX-MRX Editor, allowing it to be adjusted remotely.