Hippotizer on the Parliament façade 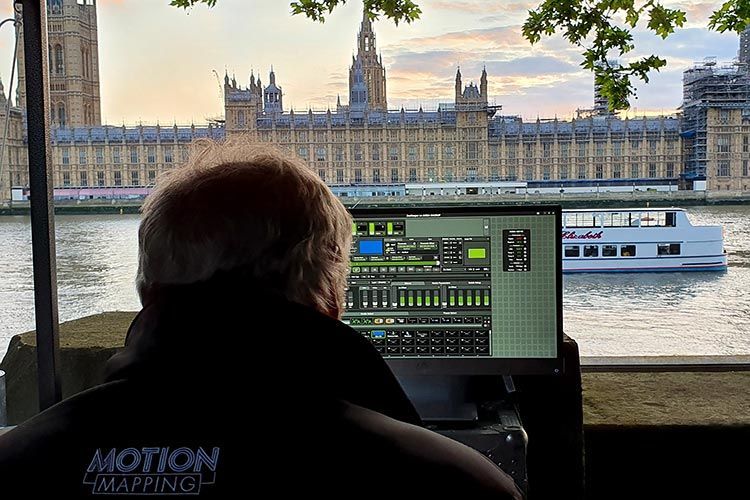 London’s Palace of Westminster became a vast projection surface in May to coincide with International Nurses Day.

This was a project included in a series of images thanking NHS key workers were beamed onto the iconic building from 260 metres away across the Thames.

Projection experts at Motion Mapping deployed two Hippotizer Amba+ Media Servers to blend and warp the visual content to ensure it was beautifully displayed onto the intricate façade of the building. Motion Mapping’s Stuart Harris says he made good use of Hippotizer’s SHAPE feature to achieve great results.

“We had just 45 minutes on site to get the projection right, including all alignment and blending with the framework of Parliament, to going live with the world’s press covering the event,” says Harris. “SHAPE made it simple to warp and blend the images so that they appeared correctly, even while being beamed from such a long distance away. We even had to do some of this in real time, and the Amba+ servers handled it with ease." 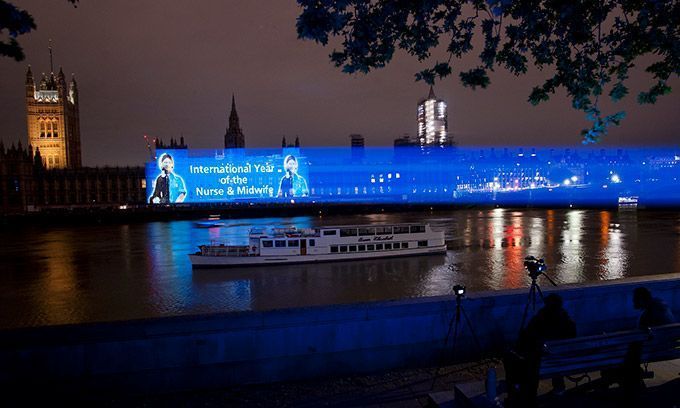 “Hippo features such as Advanced Media Management and Timeline enabled us to change and amend quickly on site - it’s so agile and flexible. And when an issue arose, such as a light being left on in one of the windows inside Parliament, I could create a workaround in seconds, which is very handy when images are about to be broadcast around the world.”

The visual content varied from messages of thanks to three-storey-high pictures of famed ‘founder of modern nursing’ Florence Nightingale, to coincide with the 200th anniversary of her birth.

Setting up on the south bank of the Thames, in the car park of St Thomas’s Hospital, Harris used four powerful, 30,000 lumen Panasonic projectors to create crystal clear imagery on the ornate architecture of the building.

“As you might expect, there was a lot of pre-event red tape to get through, which included approvals about kit from the highest levels within Parliament,” Harris continues. “But on site, we only had one go at getting it spot on so I needed a reliable and simple-to-set-up server solution, and Hippotizer provided the right tool for the job – they are the real workhorses of our visual arsenal at Motion Mapping.”